The Wilderness at Fortune Bay in Tower, MN

Architecturally, diagonal, lateral or crossing streams are attractive and effective hazards. The courses I played in my youth, or saw on television, usually featured babbling brooks. Holes like Merion East No. 11, with its green perched on a rock wall just above a stream, exude charm. Placed carefully adjacent to greens and fairways, they present a challenge, and yet who among us mortal golfers haven’t experienced the pure luck (and joy) of just missing or bouncing over a narrow stream?

However, it seems that greens adjacent to pristine streams are less common now, whereas larger, shot-gobbling ponds are used more frequently. Assuming my golf experiences (and memory!) are accurate and representative, what’s behind this long term architectural trend? In a few words, “increasing complexity.” 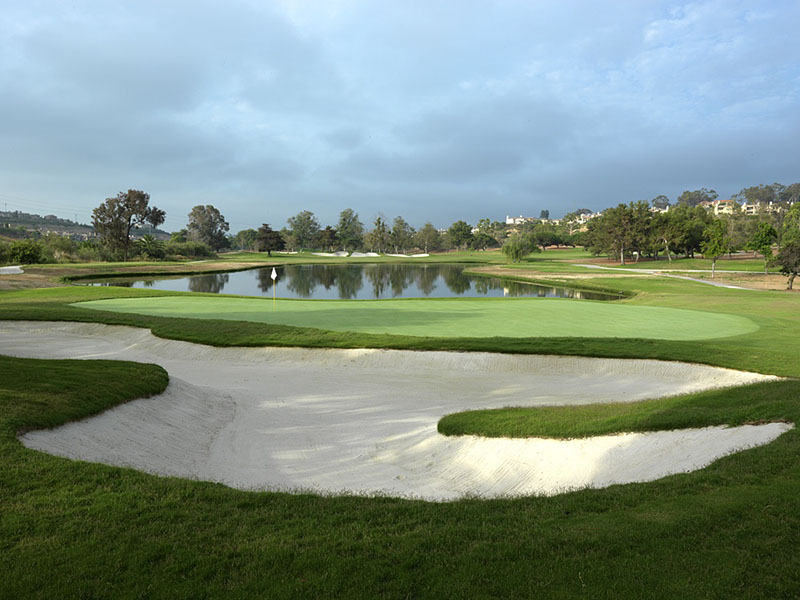 Newer environmental practices/regulations discourage golf courses near streams, requiring a 25- to 50- foot vegetation buffer to filter chemicals and fertilizers before entering water bodies. Long grass close to greens also mean loss of stroke, or ball, even on slight misses. The days of turf right up to streams is ending, as are the days of the lucky bounce over a narrow stream!

Aesthetically, few golfers like dry (or muddy) ditches, even in the heat of summer, so it’s difficult to design around intermittent streams. Some courses have used modern technology to build artificial streams well away from natural drainage courses, solving some of the problems. These are often stylized to be more attractive than what might be found in nature. Building “fake streams” might be the new norm, but the recirculation pumps do use electricity, and both sustainability principles and economics suggest reducing electricity use. It seems golf course streams are near, if not on their death bed. 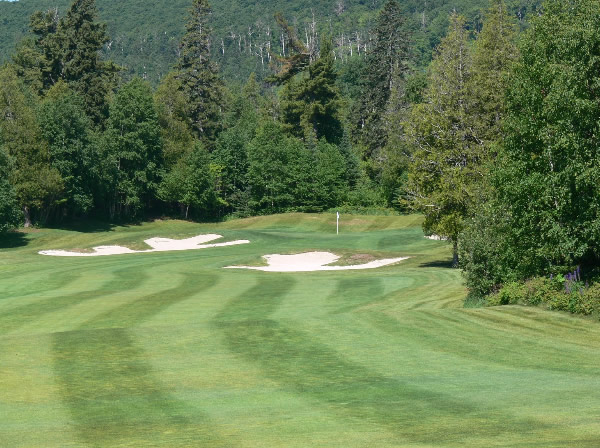 Ponds are still very much architecturally in vogue. Since the advent of irrigation systems after WWII, courses needed one pond for irrigation storage. Architects made them multi-functional, also serving as decoration and hazards. That Robert Trent Jones started this trend with his famous dogleg par-5 13th hole at the Dunes Club in Myrtle Beach. Increased earthmoving ability allowed large lakes to be built at reasonable costs.

Irrigation ponds tend to be large, and even larger as irrigation systems get bigger. The general rule of thumb is to hold nightly draw down to 6 inches or less to reduce exposed muddy banks. If your nightly usage is typically 440,000 gallons (one acre foot), then you ideally need a two-acre irrigation lake. If smaller, your lake should have rip rap “Armor” on the banks to prevent muddy banks, which may also aid in reducing erosion from wave action. However, rip rap isn’t particularly charming either.

Ponds are also required on flat sites, which necessitates creating drainage outlets close to each fairway. Moving surface drainage over land requires a minimum 2 to 3 percent slope, and drain pipes require minimum of .25 percent. Water is always at zero percent, and long, linear lakes paralleling fairways create shorter flow distances for both, but makes for a lot of water hazards.

Developers and urban planners also see golf course ponds as excellent floodwater detention areas, either for surrounding neighborhoods, and sometimes, as part of a regional plan. Detention ponds usually have a deeper “freeboard,” which is the elevation difference between normal water level and the top of is banks.

Any water feature requires some management, and costs depends mostly on how manicured the edge looks. Manicured turf banks are expensive, while the environmentally preferred natural look may reduce cost. Lake edges can erode and require repair due to wave action, and streams are subject erosion and cave-ins. Pond maintenance may also include controlling aquatic plants and removing debris, which accumulates surprisingly quickly on the downwind side of ponds. And even off-stream ponds eventually require periodic dredging to restore pond depth and increase water storage.