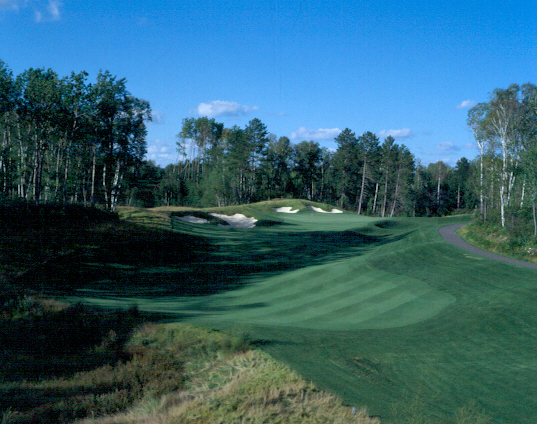 Since their completion both The Quarry and The Legends at Giants Ridge have received tremendous accolades from the golf community’s most prestigious organizations and publications.  The courses’ architect, Jeffrey D. Brauer, ASGCA believes each course is unique, provides great play. Recently, online magazine “The Golf Wire” listed a host of honors and recognition received by both golf courses.

“Minnesota’s leading golf resort set in the rugged beauty of the Mesabi Iron Range – announces The Quarry was named to Golfweek’s list of “Best Resort Courses” in its  just-released 2019 Ultimate Golf Guide. The annual list of the country’s 100 best resort courses is determined by Golfweek’s elite team of course raters, which currently boasts more than 850 evaluators. Each year, the raters survey more than 3,600 layouts, grading each nominated course on the basis of Golfweek’s 10 strict standards of evaluation. The Quarry ranked 46th on the prestigious list.

“We’re honored to receive this recognition from Golfweek,” says John Kendall, Director of Golf. “The Quarry is in good company holding its own alongside famed courses at places like Pinehurst, Kohler and Pebble Beach.”

Earlier this year, Giants Ridge received an “Editors’ Choice Award” from Golf Digest in the “Best Golf Resorts in the Americas” category. Its two championship courses – The Quarry and The Legend – rank among the top in the state. Although both designed by renowned course architect Jeffrey Brauer, each course features a unique layout and character.

The aptly-named Quarry, built on the site of a former sand quarry and iron ore mine, has consistently earned a spot on Golf Digest’s bi-annual list of “America’s 100 Greatest Public Courses” since 2005. Additionally, The Quarry was rated the  “Best Course You Can Play” in Minnesota by Golfweek for the fourth consecutive year.

As its name implies, The Legend offers flat-out legendary golf. Carved out of the Superior National Forest, the player-friendly resort course plays through towering pines and alongside glittering Sabin Lake.

Offering unbeatable value and 36 thrilling holes, Giants Ridge has long been considered one of Minnesota’s best golf destinations. In addition to Golfweek and Golf Digest honors, Giants Ridge and its courses have received accolades from Golf Magazine, My Golf Spy, WorldGolf.com and Golf Advisor.

Set amongst the beauty of Minnesota’s northwoods, Giants Ridge, located in Biwabik, Minn., is a four-season, family-oriented resort. Giants Ridge has grown from a local ski hill (long ago) attracting local, day visitors, to a four-season recreation destination attracting thousands of guests each year from Minnesota, the United States and Canada.

Giants Ridge features two nationally-recognized 18-hole championship-caliber golf courses and a ski resort ranked among the very best in Minnesota. The Legend at Giants Ridge and The Quarry at Giants Ridge are ranked among Minnesota’s best golf courses. For skiers, Giants Ridge boasts 35 downhill runs, more than 60 km of world-class cross country ski trails (which once served as Olympic training grounds) and one of Minnesota’s hottest terrain parks as well as a snow tubing park. The resort also offers miles of year-round recreation trails, including an expanding mountain bike trail system (which will be among the top destinations in the mountain biking world), water recreation, unbeatable lodging accommodations, dining, shopping and much more. It is an easy one-hour drive from Duluth and three hours from the Twin Cities. “

Jeffrey D Brauer is an American architect, designing award winning golf courses throughout the United States.  His courses are heralded as some of the best courses for playability and beauty. If your community or resort is considering a new or redesign of your golf course, contact Jeffrey D. Brauer, ASGCA.