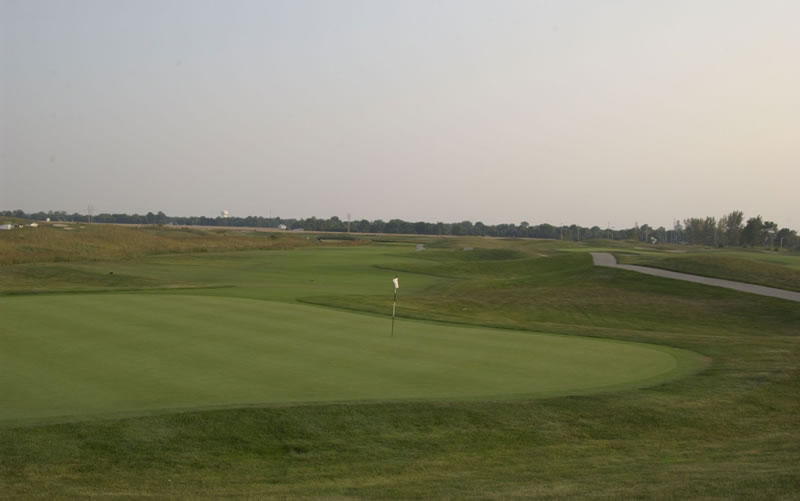 ARLINGTON, Texas (May 23, 2019) – Golf architect Jeffrey D. Brauer will get to sleep in his own bed each night while working on the renovation of Iron Horse Golf Course in the City of North Richland Hills, Texas, which is close to his home in the Dallas-Fort Worth Metroplex.

The City of North Richland Hills has contracted Brauer and his firm, GolfScapes Inc. of Arlington, Texas, to provide design plans for the renovation of Iron Horse GC, which is owned by the city and is managed by Arcis Golf.

The 18-hole public facility was designed by Dick Phelps and opened in 1988.  It has been one of the Dallas-Fort Worth area’s most popular mid-priced municipal courses, enjoying upwards of 52,000 rounds of play per year, but age and Mother Nature are creeping up on it, necessitating some renovations.

“The primary focus of the project at Iron Horse GC will be on correcting the situations of too little and too much water on the course, respectively,” Brauer explained. “A new irrigation for the entire course will be plotted and installed to satisfy the first issue and is the first priority. “

Iron Horse GC was built in a floodplain and runoff from the increase in urban development and non-pervious cover in the area has increased.

“We will also address the track’s lowest-lying fairways to counter its battle with periodic flooding that has forced the course to be out of play a few times a year,” Brauer said. “Elevating the lowest lying fairways for more flood protection and increasing surface pitch for better drainage will be nearly as important.”

A few of the putting surfaces and most of the sand bunkers have also been negatively impacted by flooding and will be renovated, and, in some cases, eliminated to reduce problems. In some areas, fast flowing waters have scoured off the topsoil, which will be replaced.

“Iron Horse is a very solid and well-liked golf course overall, but if there is a complaint from golfers it has been the narrowness of the play corridors,” Brauer said. “Those issues will be addressed in the renovation as we create increased playability and a more open course.”

The initial budget for Iron Horse Golf Course’s renovation is $3 million. Plans should be finished by early fall, and the project will go out to bid by November, allowing a June-July 2020 grassing, a timeline that should ensure re-opening by the fall of 2020.

Vickie Loftice, managing director of Community Services, and Joe Pack, senior park planner, will oversee the project for the City of Richland Hills.

“Jeff is well known for being able to supply a lot of ‘bang for the buck’ in municipal renovations, which was one of our key considerations in selecting his firm over others who were interested in our project,” Loftice said. “This is a situation where things may need to change some over the course of the renovation, and, in his previous work, Jeff has shown an ability to adapt his ideas, his plans and his focus as needed – and that was important for us.”

Brauer has been a member of the American Society of Golf Course Architects since 1980, serving as president during that organization’s milestone “50th Anniversary” year, in 1995-1996. He has had a hand in more than 100 golf courses around the world, including over a dozen around the Dallas-Fort Worth Metroplex, his adopted home. Most notable in that group is the highly awarded Cowboys Golf Club in Grapevine, Texas.

Four of Brauer’s designs in Minnesota – The Wilderness at Fortune Bay, The Quarry and Legend Courses at Giants Ridge, and Superior National Golf Course – have been ranked among the top 100 public courses in the nation.

His most recent work is a total redesign of Tempest Golf Club in Gladewater, which opened last fall to much acclaim and is already considered one of the best courses in East Texas.

With more than 40 years of experience, Brauer and GolfScapes provide golf course architecture, landscape architecture, and land planning for diverse clients in locations both around the corner and across the globe.

Arcis Golf, which is also based in the Dallas-Fort Worth Metroplex, will provide agronomic consulting. Iron Horse GC’s superintendent, Kevin Ramsey has been at the facility since its early years and will provide Brauer and his team valuable insights to help in the renovation.